Storm in a Teacup

a prelude by Arif Ayaz Parrey

In Kashmir, teacups, like so much else, come without a handle. You hold the brim of the cup between the thumb and the index finger, like you would a pen. Unlike a pen, however, the fluid travels inwards, a silent voyager to the enigmas of the human body. It only comes close to resembling the work of a pen when the brewer of the tea is watching you drink it, waiting to see the effect it has on you.

In a traditional household, a tin-coated copper samavar is woken up at the break of dawn from steamy dreams of metal and fire, and works tirelessly for up to four hours in the morning, burning charcoal in a cylindrical inner chamber to breathe heat into the tea brewing in the outer chamber. Kashmiris took the samovar from their Central Asian neighbours and made it their own, modifying the design and then beautifying it with engravings and embossing unmistakably Koshur. Intermittently, the samavar is tilted to pour out a hot cuppa or two, or its lid is lifted to add more milk, tea or water. This revolving door of ingredients ensures that the tea never runs out. Together with variations in heat (as old charcoal burns and new pieces are added), it also gives each cup a unique flavour.

The key ingredient of the tea, though, is salt. Like their neighbours in Tibet, Kashmiris drink their tea salty (and call it nun chai; noon being the Kashmiri word for salt). Living among the tallest mountains in the world, these proud people will not travel eight hundred miles to have a look at the ocean. Instead, they summon it into their cups. Nowadays, this is not even a figure of speech, salt literally travels from the sea into our tea, unlike in the past, when we would get our “Pakistani” salt from the mountains to create a facsimile ocean, a satisar.

After enjoying a siesta, the samavar gets ready for the afternoon shift, which may outlast the day’s sun. Two shifts a day are only part of its job profile, for nun chai is ubiquitous in Kashmir. A relative or a friend visits your home, you pour them some. Folks are out working in the fields, you carry the samavar, some cups and saet or tsot from the baker, and share a few cups in the shade of the trees lining the fields. There is a marriage ceremony, a platoon of samavars work tirelessly to serve the guests. A baby is born, nun chai is poured out in celebration. Someone dies, salty fatheha-chai (requiem tea) is served.

As the samavar simmers like a grandma, enriching the flavour of every single cup of tea with its fatalist acoustic of pain, and the ash from dying charcoal sinks into a bottom chamber, Kashmiris like to gaze into the pink sea in their cup (the colour comes from phull—sodium bicarbonate—a pinch of which is preferred by most but not all in their tea), and reflect on life and times, which, in their case, are mostly about death.

For centuries, Kashmir has been ruled by people whose power centre lay somewhere outside Kashmir. These rulers were attracted by Kashmir’s natural beauty, it is true, but they also exploited Kashmiri labour for revenue, and to produce handicrafts as painstaking and beautiful as their regimes were painful and ugly. Our current masters do not even want to exploit us. They would rather we cease to exist so that they can have an empty land to fill with their fantasies of swarg, paradise.

Except ten million people do not go gentle into that good night. Every so often, their rage corrodes the foundations of India’s rule over Kashmir. But India is a powerhouse of 1.3 billion people, increasingly regimented by Hindutva, hell-bent on snuffing out all other ways of life, within India as well as in Kashmir. It restores its order with a vengeance, wrapping the noose even tighter around the Kashmiri neck. This makes the Kashmiri struggle even harder. The crisis consists precisely in the fact that the old is dying and the new cannot be born; in this interregnum a great variety of morbid symptoms appear.

The cups of nun chai in this work were consumed to remember the morbid symptoms which appeared in the summer of 2010; in particular, as a requiem for the Kashmiri men, women and children who were killed by Indian soldiers and policemen over the course of three seasons that year, from the height of the summer to the first knock of the winter. It was a year of death, but also of hope. As people filled the streets with slogans of azadi, freedom, Indian soldiers filled their bodies with bullets. There was briefly some hope that the killing of unarmed protestors, some as young as 11, would finally wake up the world and shake India enough to rediscover its moral compass, the one which had guided it during its own anti-imperialist struggle. And which had been lost while the chambers and galleries of Lutyen’s Delhi were being cleaned after the British had left.

This hope would soon be shattered. A new generation of Kashmiris were taught the lessons which three generations of Kashmiris before them had learnt—that an “anti-imperialist” India was a sham. Jingoistic nationalism had always triumphed democracy in the “world’s largest democracy”. Perhaps even more painful was the realization that the world too cannot see a tiny place like Kashmir for what it is—the only home Kashmiris have in the world. Between being a “Paradise on Earth” and a geopolitical lynchpin, Kashmir has been refashioned as precious real estate and nothing else.

Another peaceful phase of Kashmir’s struggle for azadi was over. Insurgency rose once again and was catapulted into the ionosphere following the killing of the 21-year-old commander Burhan Wani on 9 July 2016. The mass protests and civil curfew that followed his martyrdom was brutally crushed. Almost a hundred protestors were killed that year. Many more cups of nun chai must have been consumed as requiems. That was also the year when Cups of nun chai was serialized in Kashmir Reader, a local newspaper. It was also the Year of Blinding in Kashmir. You see, a lesson (and perhaps the only one) the Indian state drew from its cruel handling of mass protests in Kashmir in 2008, 2009 and 2010 was that killing of unarmed protestors was bad optics. So it adopted, shall we say, a binocular strategy.

On the one hand, it supplied some of its soldiers in Kashmir with what were termed as “non-lethal” weapons, pump action shotguns that shot pellets instead of bullets. But they forgot that guns don’t kill people, people kill people. Indian soldiers are trained to be lethal to Kashmiris. Instead of trying to avoid using the guns altogether, or targeting the legs of the protestors, Indian soldiers targeted Kashmiri faces with these decentralized disseminators of pain. Thousands of protestors were totally or partially blinded as their faces were pockmarked with pellet injuries. Were there cups of nun chai for the dead eyes? Who held the cups for them? Whose lachrymose streaks flavoured the tea?

On the other hand, the Indian government sought to pull the wool over the world’s eyes. Independent local reportage was culled. The same thing was tried on foreign media with limited success. Internet shutdowns grew longer and more frequent, so that Kashmiris could not report the truth of their lives through even their social media accounts.

On 5 August 2019, the blindness took a darker hue, when India unilaterally ended the limited autonomy Kashmir enjoyed, allowing Indians to buy land in Kashmir, and confirming the worst fears of Kashmiris, that one day they would be made a minority in their own land by India’s settler colonialism. Kashmir was totally cut off from the rest of the world for a couple of months. The physical curfew was lifted gradually, but the internet shutdown continued for more than a year.

These new steps taken by India have left us with only two choices. Either Kashmiris will allow themselves to be annihilated or museumified. In that case, the inertia of its victory in Kashmir will push India over the precipice of fascism. Already, we have seen how the success of its tactics in Kashmir—from promulgation and application of lawless laws, killing of dissenters, terrorizing the population, to gaining absolute control over all media so that no news ever comes out and truth is falsified and falsehood dressed up as truth—is being repeated in many parts of India. Or Kashmiris decide to take an indifferent, unjust world down with them. China, India and Pakistan, Kashmir’s three feuding neighbours, are all nuclear powers.

Where shall we go from here? Whether we get a cup with more salt or less milk, infused with the smoke of charcoal and revolution or tepid like a house negro, is entirely our fate. But one thing is for sure, the nun chai will keep flowing. 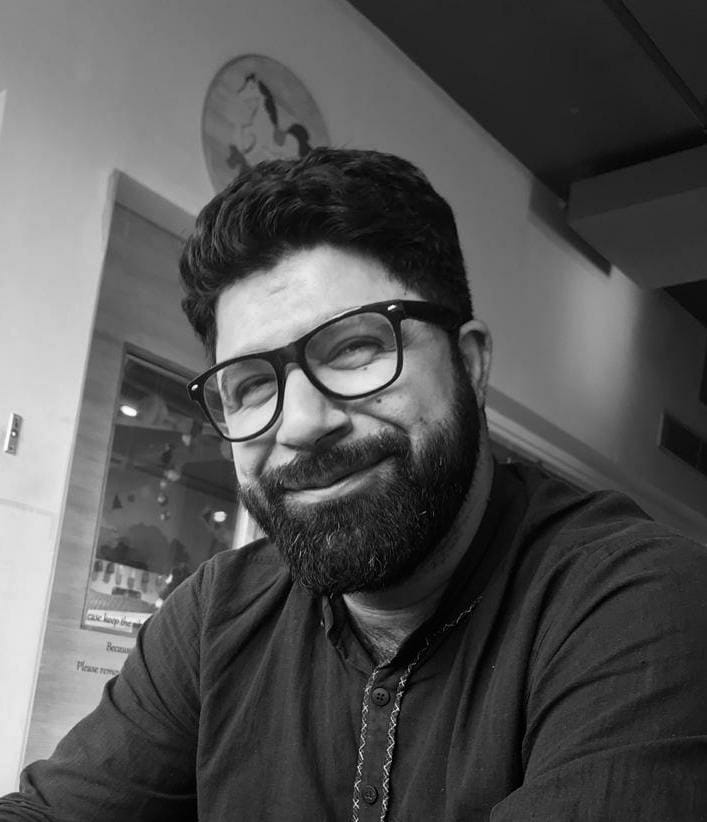